Performance of visual detection system basing on single-board computer. System detects elements that camera mounted on farm machine shows as repetitive ones. The most important task of the system is detecting lines with hay in the field. System allows to position farm machine automatically so that the weeds that are in the field can be pulled precisely and automatically.

System is based on single-board computer that uses ARM processor. Basing on what camera shows charasteristic points are detected. These characteristic points are single plants. Then system detects lines where arable crops were planted in order to distinguish them from weeds. Information about the positions of detected lines are one by one transmitted to machine that navigates. The first stage was choosing algorithm that detects lines. We tested two promising CRD Hough algorithms. Tests results are shown in the graph below. We tested RPI efficiency and compared it to average laptop. The difference is 2,5 Hz. However, frequency 2.5 Hz was enough to dostarczenia przesuniec w wymaganym czasie. Lines looks irregular and random because in this stage the main aim was to specify minimum system requirements. Photos show what is the effect of the use of algorithm that detects the location of the begging of lines of hay. They also shows how much should the machine that plants crops be moved so that it was just above the plants that are intended to harvesting. Thanks to that tractor operator doesn’t have to set this value manually basing on what camera shows. 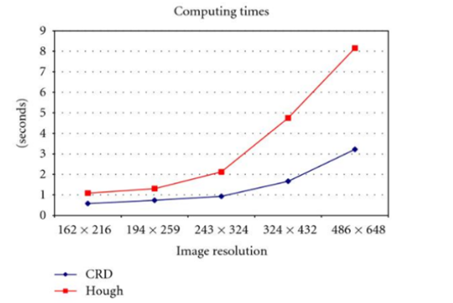 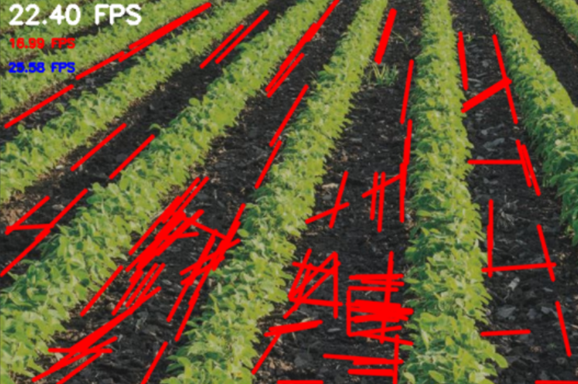 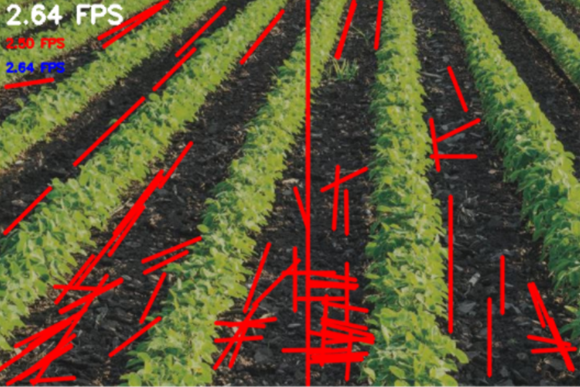 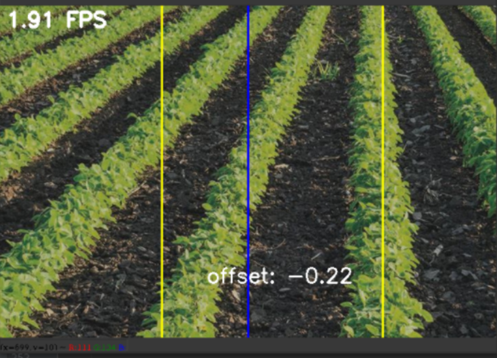 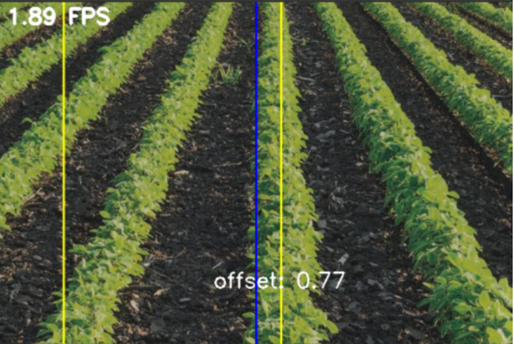 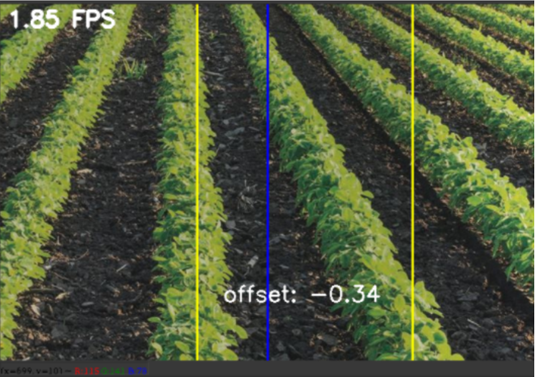 Are you interested in working with us? Do you have any questions?